I guess you remember a couple of months ago when I shared the “arrival” of a new member in the family, a young boxer we named Puznik.

Last week was planned to be back into normal speed, focusing in new business for 2014, closing chapters of old business, fine tuning new classes for the new academic year and a birthday party on Saturday.

As usual, the week was revised in advanced and I was pretty sure that every hour would be used to the fullest of efficiency and happy pragmatism.

Monday at 6h45 AM, I left very early, and while rolling down the driveway and just before opening the gates, Barny and Puznik follow my car. Many times they step outside for a quick trip into the neighbors’ but soon they return.

The all day passed fast and returning home I learned that the dogs did not come back from the morning walk.

It was not an easy evening, I took a hike just before sunset and early morning next day we were already checking the neighbors and placing few pictures in local businesses and cafes.

Even knowing that the dogs were probably just having too much fun together to come home, I felt worried and we all missed them.

Later on Thursday we receive a phone call, from a small village about 3 km from our house, saying that they found our dogs on that same day, but with an interesting remark: one of the dogs, belonged to them.

Yes, they lost Happy (the true name of Puznik) about two months ago, and suddenly he returned back home but followed by is new friend, our Barny.

With both dogs back in their houses, it was time to focus in my birthday party, which is recurrently moved to the end of August, because it is virtually impossible to gather friends in the middle of the summer.

Between friends that come and friends that you wish to see, somehow your life passes in perspective in front of your eyes.

I  see in my friends my own life, thinking about them, It is clear to see, the places I lived in, the activities, the commitments, the successes and the failures as well.

One day after the party, our dog, Barny, gave us a terrible night of constant barking and howling, a nightmare that only finished at 6h30 AM when coming down to the garden I noticed that Puznik was at our gates begging to get in.

The gathering of the two friends made me think beyond the situation itself.

I understood that during the all night, our dog was guiding his friend trough valleys, streams and darkness until he reached our safe harbor. 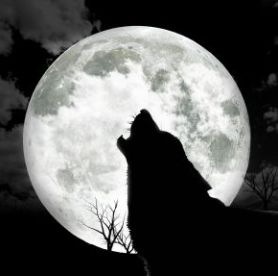 Looking back at my friends, I wonder, how many times I was the lost one in the middle of the night looking for a friendly voice that could guide me or the one staying awake for hours to make sure that my friend would make it safe to the next day.

An interesting exercise to do on your own.

Try to figure out where you and your friends stand in a cold night that once in a while can come down to our life.

Thoughts from the Future